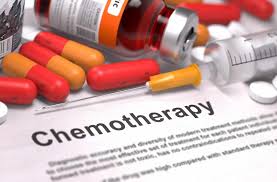 Some might say it’s too good to be true. Does cannabis really fight brain cancer? Research of the past two decades suggests that it does.

Some might think that it’s too good to be true. Does cannabis really kill brain cancer cells? Clinical trials on humans are awaiting results, but recent research gives hope. Scientists have been testing THC as a natural tumor-killer for nearly two decades. Their findings will take you by surprise.

A group of Spanish researchers has been searching for cannabis-based cancer treatments for nearly two decades. The team is from the Complutense University of Madrid. Thus far, some of their experiments have been nothing short of miraculous.

The team, led by Professors Guillermo Velasco and Manuel Guzman, are testing cannabinoid treatment’s ability to kill glioma cells. Gliomas make up 80% of all malignant brain cancers. In fact, it’s one of the most aggressive forms of cancer out there. Once a glioblastoma reaches stage 4, the average life expectancy is less than two years. This is with surgery and traditional treatments like radiation and chemotherapy.

With such grim diagnoses, developing effective treatment alternatives is an absolute must. Fortunately, the Madrid team is finding success where few thought success was possible.

Back in the early 2000s, Dr. Velasco and his team had a breakthrough. They applied extracted THC to glioblastoma cells cultured outside of the body. THC is the main psychoactive compound in cannabis. What happened shocked researchers around the world. The tumor cells stopped growing. Later on, tumor cells actually began to die.

But, how? Turns out, THC kills glioblastoma cells in a couple of ways. THC and other cannabinoids cut off the tumor’s blood supply and cause cancer cells to commit suicide.

The Spanish researchers treated mice and two human brain cancer patients with cannabinoid medicines. In both models, VEGF was reduced, limiting the tumors’ blood supply. This finding was truly groundbreaking. Coupled with additional evidence that cannabis can slow the growth of tumors, the case for cannabinoid medicines just kept getting stronger.

Another major discovery that cannabinoids may actually kill cancer cells. Compounds in the herb prevented tumors from growing, began to starve them by cutting off the blood supply, and eventually cause cancer cells to self-destruct. This self-destruction is a form of what scientists called “programmed cell death”.

For some reason, cancer cells do not self-destruct. Rather, they continue to grow and grow, creating life-threatening tumors. In their investigations, the Spanish researchers found that THC caused cancer cells to “auto-digest themselves”, or undergo autophagy.

We actually discovered a new mechanism by which cannabinoids activate a signaling pathway that involves what we call autophagy, which would be like the self-digestion of the cells. So, actually, when cannabinoids are binding to the cells, they trigger a cell-signaling mechanism.

One of the things they are activating is like a self-digestion of the cell that is leading to cancer cell death. – Dr. Velasco

The funny thing is, this cell death only happens to cancer cells. Normal cells in the body remain unharmed. This finding is interesting since back in 1998 the same group of researchers found that THC also triggers apoptosis in glioma cells as well. So, cannabinoids kill cancer cells by utilizing both mechanisms of programmed cell death.

With all of this potential, it’s about time that we have some clinical trials in real cancer patients. Luckily, some are about to start later this year.

Velasco and his team are working on a larger trial. The trial will include 30 to 40 glioma patients in a handful of Spanish hospitals. The Complutense University of Madrid has teamed up with these hospitals to administer cannabis treatments and test the efficacy. This is the first time something like this will be done at this scale in a hospital setting.

Funds for their research came mostly from crowdfunding efforts throughout Europe. Some of the largest sums came from the Medical Cannabis Bike Tour. The annual tour is organized by Luc Krol of Amsterdam’s Paradise Seeds and has raised several thousand Euro for Velasco’s research.

Back in 2006, Velasco’s team conducted a pilot study with only nine glioblastoma patients. The study looked at THC only, and it was administered intracranially. Meaning, it was given to their brains directly. Moving forward, cannabinoid medicines will be administered in other formats.

The results of the pilot study are interesting. The study looked at patients who were unresponsive to conventional treatments and had already had surgery to remove the tumors. After surgery, most of the patients lived an average of 24 weeks, even with THC administration. Yet, two of the patients continued to live for another year. In those patients, THC treatment seemed to slow the progression of tumor cells temporarily.

How do you use cannabis as a brain cancer treatment?

There are more than a few stories circulating from people who have cured their cancer with cannabis. However, no clinical trials of the efficacy of cannabis medicines as a sole cancer treatment have been completed. This creates a couple of problems. Doctors still aren’t sure how much cannabis should be used, or what kinds are best. Dr. Cristina Sanchez explains:

We don’t know if cannabinoids cure cancer because we don’t have clinically controlled studies saying that we know that they work […] in clinical models of cancer, and we have a lot of anecdotal reports from people saying that they have cured their cancers with cannabinoids. But, from the medical community’s perspective, we don’t have that evidence yet. – Sanchez

When asked about the specific ratio of THC to CBD that a person needs to fight cancer, Sanchez continues:

I wouldn’t say that a 1:1 ratio is the need. I would say that each individual, each patient, needs a particular ratio of cannabinoids. Or, at least that’s what we have seen in our clinical models of cancer. Not only us, but the rest of the research groups that are working in this field. What we see is that in some types of tumors, for instance, glioblastoma, brain tumors, in these cases more THC works better than a 1:1 ratio. – Sanchez

For the record, cannabidiol (CBD) is a non-psychoactive compound in the cannabis plant.

There are no simple answers when it comes to cannabis treatment. Just taking a little cannabis oil each day may not reduce the size or severity of a brain tumor. This leaves patients in a difficult position: on one hand, cannabis may be extremely effective cancer treatment. On the other, there is currently no way to tell how much will be effective for each individual case.

To help shed some light on the issue, here are a few success stories from people who shrank their brain tumors with cannabis.

Dr. William Courtney has made a name for himself as the cannabis-juicing doctor. A strong advocate for raw cannabis, he has helped patients overcome lupus, endometriosis, arthritis, and many other diseases through cannabis regimes. Yet, the case of his youngest patient is the most miraculous of all.

Dr. Courtney oversaw an eight-month-old baby’s recovery from brain cancer. While the parents and child remain unnamed for their privacy, brain scans show that high-CBD cannabis oil was able to make this child’s brain tumor disappear.

They were putting cannabinoid oil on the baby’s pacifier twice a day, increasing the dose… And within two months there was a dramatic reduction, enough that the pediatric oncologist allowed them to go ahead with not pursuing traditional therapy. – Courtney

Courtney calls this baby a “miracle baby”. Cannabis was so successful that the baby did not have to go through chemotherapy and radiation, which have horrific long-term side effects.

Jeremy Kigar
As a dietitian, Jermy Kigar has spent a lot of time in hospitals. Yet, one day he was surprised to find that he had become a patient at his own workplace. Kigar had gone into a patient’s room and collapsed. He was having a seizure. He woke up a while later in the emergency room.

The diagnosis? A Grade 4 astrocytoma in the cerebellum. Kigar had a very serious brain tumor. He almost immediately started chemotherapy and radiation. They caused hair loss and Kigar quickly began to develop severe side effects of the drugs, including Chron’s disease. Cannabis helped Kigar overcome these symptoms.

I took some Rick Simpson Oil home with me. I took a half of gram for three weeks. During the course of that three weeks, I started weining myself off of a lot of my other pills that I was on. Just stopped taking narcotics, I didn’t feel the need for them. I didn’t feel like I needed antidepressants anymore, I felt like my body was getting the medicine that I needed, but I was still able to function. -Kigar

Kelly Hauf’s story is nothing short of amazing. Kelly is in her 50s and credits cannabis for curing her brain cancer. She was diagnosed when she was only 38-years-old. Eventually, Hauf underwent surgery and spent her 19th wedding anniversary in the ICU. The surgery was effective for a while, but the tumor came back a few years later.

This time, Hauf was faced with chemotherapy and radiation. After reviewing the side effects, she decided to try something different: cannabis oil. She slowly worked up to one gram each day in 90 day cycles. Hauf opted for a high-THC variety since THC is thought to work best for brain tumors.

And guess what? It worked! Hauf writes in her blog:

In August, eight months after beginning the cannabis treatment, my MRI was reviewed by a leading Radiologist, my Neuro-Oncologist, and my world-renowned Brain Surgeon, and it was concluded that all that was remaining of the tumor regrowth was scar tissue. – Hauf