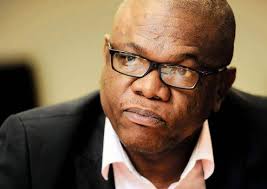 The fragile coalition between the DA and EFF failed in Johannesburg, since the two parties could not put their differences aside. This put the ANC in a favorable position to win the majority of votes. Controversial candidate, Geoff Makhubo is now appointed as the new mayor of the City of Gold.

The balance of power has undergone significant changes in the city council, and the ANC gained control of the city council because the DA and the Red berets could not stand each other. Both political parties has set their sights on the mayor’s office, however not one of them will have the opportunity to govern the metro now.

The ANC candidate Geoff Makhubo drew 137 votes, the DA’s Funzela Ngobeni received 101 while the Red Brigade had to be satisfied with 30 votes.

Observers poinedt out that some of the DA councilors voted for the ANC candidate, thereby showing how divided the political party is.