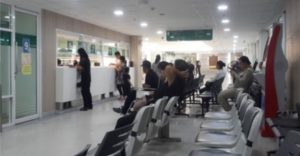 Implementing a National Health Plan does not mean, like Eskom, demanding a R50 billion from the government’s money it has collected from taxpayers.

The reality is, too, that it cannot come into effect by making a slight upward adjustment in the personal taxes levied.

The reality is that at least R180bn to R250bn will be required to be ready for a 12-month period.

Of course, South Africa with its poor economy cannot run after it because France and Japan have such medical plans, which is not an unemployment figure of 30%, and there is no ignorance about how such a system manages and not operated.

South Africa is in a financial mess – junk status, and with it an inability to reduce unemployment and thus also violence and corruption.

Maybe the initiators come to mind – because 2026 is around the corner and the economic situation is not going to be corrected in the short time until the new plan is implemented.