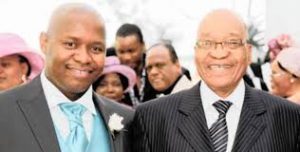 Jacob Zuma, who is now going to be prosecuted on about 700 complaints ranging from fraud and money laundering to racketeering, son Edward, now believes that the National Prosecuting Authority (NPA) is waging a witch hunt against his father.

According to Zuma jnr. His father is now being prosecuted because he spoke out against white monopoly capital. He asks what his father did to be treated so poorly considering his contribution to the “struggle”.

In his statement, Edward Zuma continues with verbal diarrhea and apparently also has selective memory loss around his father’s crimes and relationships with certain people.

The original article can be found at Die Vryburger