One sentence in Julius Malema’s condescending response not only effectively wipes out all nations and tribes on the entire African continent, but also admits that the Land Grab in SA is just another Globalist move. He responded to a Khoisan (Indigenous Southern African) telling him he, as a bantu/negro settler, who all originate from Nigeria, has no rights to talk of land in Southern Africa.

When 7,000 tribes and 2,400 languages are forced, coerced and brainwashed to become one – that is not “unity”, it is genocide on a scale the world hase never seen or known and makes the holocaust or holodomor pale in comparison. Few realise that the Bolshevik Globalist’s have been hard at work doing what they do best, ethnic cleansing, which they did to Russia, in Africa!

Ironic then that Malema should be sharing a stage with Globalist supremo, Clem Sunter who has been an Anglo American proxy since way back in Zambia in 1971 and having been Chairman in the crucial period of 1990 to 1995 when so called “democracy” was forced onto a brainwashed South Africa. To insiders this process of taking control of Africa was known as “One Man, One Vote, ONE TIME” – they only had to get their man in once and from then on they were in control, as exemplified by Mugabe’s long reign. After Malema’s visit to UK and specifically MI6 and Oxford University, Sunter’s alma mater, one can only wonder… certainly he is appearing more and more coached and history is repeating itself because we have not learnt to recognise and stand against globalist supremacy…

The West will never intervene in African genocide or despotic regimes. The Globalists put them there and want them to stay there! Apart from allowing the to continue getting cheaper raw material, when it comes to slotting Africa into the New World Order, it will simply be a flick of the wrist. Keep your eye on the African Union. Hopefully Trump can make a difference and stop USA giving $320,000,000 every year to despotic corrupt sh*thole South Africa

Ramaphosa and Malema’s hate speech against fellow humans should be the end of their credibility in the political arena, but black South Africans are allowing Malema and Ramaphosa’s vitriol to gain momentum.

Should Malema be allowed to wallow unfettered in his and his masters power hungry genocide, luring the moderate yet gullible into his web, the non starter dream of a new South Africa will be vindicated by all those who claim Africa is beyond civilising and that the rainbow nation (MultiCult) was never attainable anyway.

As is par for the course in Marxist and Communist circles, revolutionary words always mean the exact opposite of what the masses think. Where is the economic freedom in the State taking ownership of the land and renting it to their elitist cronies. Think Stalin, Lenin ans Mugabe…

In Section 2 of the statement from Parliament it sates: “You will apply for a licence to use the land owned by government only after convincing government that you want to use the land for a purpose they agree to”.
So, if white farmers do not want to move and prefer slavery, they can give their farm to the ANC regime, apply for a licence to stay on for 25 years and work themselves to death without the right to pass it on to their kids. That is if the Minister does not rather want to give their farm to his family or buddy…

And for the bantu/negro, you will take your licence and you will have to work like a dog for the regime/state. No more sitting at home waiting for SASSA (government grants – 15 Million are on grants, guaranteeing the ANC regime victory in any election), or waiting for the regime to provide. You will have to work that land, because if you don’t perform, paragraph two says: “…withdraw your licence and reallocate the land for public purposes.” So back to the shack you go, because your existence on the land depends on the regime/state’ good humour. If you have always mistakenly though apartheid was akin to slavery, wait and see what communist slavery in a Marxist state is… you will very quickly dismiss all the lies about Apartheid you have chosen to believe.

If you are still thinking that you will receive money in exchange for the land, or receive the land itself – refer to paragraph 3: “….no one should be allowed to own land forever….” The days of arbitrarily claiming a piece of land as yours, simply because you are non-white, and then selling it off for a hefty profit are long gone – that gravy train has been thoroughly ransacked. (Over 90% of black people who lodged successful land claims did not actually want the land back, they just wanted the money instead. The government very soon realised they cannot afford to pay every con artist with a spurious claim… So enter Expropriation without compensation. 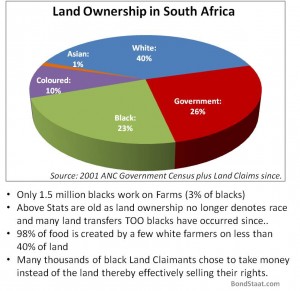 As we saw when the ANC swept to power in a blood bath of intimidation and ethnic warring, the average sensible black man is being whipped up into a power grabbing frenzy on a chariot of political correctness and globalist anti white racism. (non-whites are far easier to control and very obedient willing consumers for multinational brands).

If you struggle to understand why globalist governments worldwide are dead silent about the genocide in Southern Africa and indeed in the rest of Africa, even while they continue to pour billions into the despotic continent to keep it dependent and enslaved on foreign aid, wonder no more. As their communist conquest of Africa reaches its final stages with the advent Zimbabwe style land expropriation in South Africa, and the new President of SA, symbolically building his nKandla castle on the slopes of Table Mountain, the black man is yet again being polarised into a frenzy mob for the elites to grab even more power and enrich themselves even more. 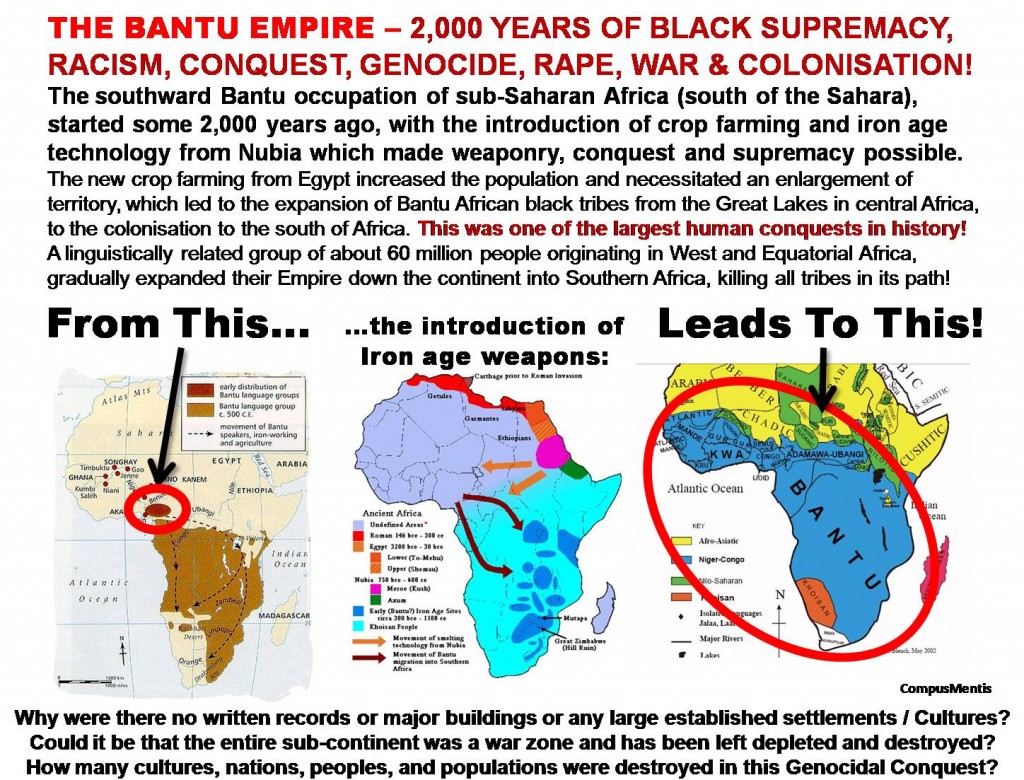