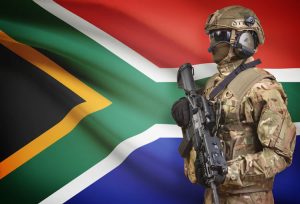 The promotion of hundreds of former MK and Azanian People’s Liberation Army (Apla) soldiers to senior ranks within the police‚ allegedly because of the military experience they gained fighting apartheid forces‚ is being questioned.

Documents in the possession of the trade union Solidarity show that many of the more than 600 officers said to be fighting the apartheid state at the time were in fact either still in nappies or playing on primary school fields.

Solidarity revealed at a press conference in Pretoria on Wednesday how many of the former non-statutory forces (NSF) members‚ whose promotions began this month‚ were in fact children when they claimed to be fighting apartheid forces.

The union placed the SAPS on legal terms this week‚ demanding that the promotions be halted.

Documents in the union’s possession include information on the ages of those who have been promoted. They reveal how some of those being promoted were born in the 1980s.

The police‚ who were emailed questions about being placed on terms and about details of the promotions‚ declined to comment.

Solidarity said they had discovered that the NSF project had been used to promote police members to officer positions when they did not qualify as NSF members.

Solidarity’s chief executive office Dirk Hermann said it was getting clearer by the day that the NSF project was being used to skip ranks in the promotion of policemen and women to senior positions.

“They are being classified as war veterans and in some cases promoted by five ranks to senior officer positions‚” said Hermann.

He said information that had come to the union’s attention on the ages of the personnel raised questions as to how they were classified as former NSF members to become entitled to the benefits thereof‚ when they should have been disqualified due to their ages.

Hermann said there were thousands of other police members‚ including the union’s own members‚ who were of the same age group as those promoted but had “missed the promotion bus” and had to spend years in the ranks battling to be promoted‚ without any success.

He said an urgent inquiry into the promotions was needed after the police had on Tuesday failed to meet a deadline from the union to stop the promotions‚ which began on November 1.

“It is of national interest that the NSF project be revised. This is nothing more than a politically motivated process which disadvantages the career paths of ordinary members who cannot apply for these positions‚” said Hermann.