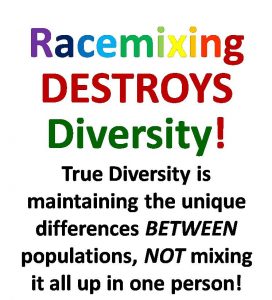 Hungary should learn from the errors of the West, Prime Minister Viktor Orban said. Mixing cultures will not lead to a higher quality of life but to a lower one. This should be forestalled while there is still time, he said.

Many of those purporting migration “believe truly” that mixing cultures is the path to the development of mankind. This might be inspirational, “but it is against common sense”, he said.

Accepting people from very remote cultures among us does not lead to a beautiful life, but to parallel societies. We would import hatred, anti-Semitism, the end of the equality of women and of freedom of religion, he said.

There is an ever growing gap between what western European people think of immigration and their leaders’ actions, Orban said. This gap “could only grow up to a certain point” and then the people will “sack their leaders”, he warned. “In the end, the majority will follow our views”, he added.

“Hungary should learn from the errors of the West. Mixing cultures will not lead to a higher quality of life but to a lower one”

The current debate in the European Union pertains to freedom and to the question of whether all countries should be “obligated to become an immigration country”, or they can retain the sovereignty “to say no to that future”, Prime Minister Viktor Orban said in an interview broadcast on commercial Echo Tv on Thursday night.

Scientifically Orban is 100% correct, but politically, it seems genocide is the desired outcome…

For example: True diversity is the maintenance of differences between population groups, NOT mixing them all up in one big bowl of brown soup, as the genocidal mainstream media and Hollywood would try convince, coerce, brainwash, blackmail and censor you to believe. Therefore racemixing destroys diversity and destroys the quality of life. One is not allowed to mention it either, but there is also evidence that it destroys intelligence and results in dysgenics.

If you want to know why then the world has been brainwashed to be so obsessed with racemixing, look firstly to the promoters (Oligarchs, Multinational Corporations, Mass Media, etc.) and then go ask any advertising agency which demographic spends more of its monthly income on disposable and branded goods? That is right, the mixed races spend much more money and are more easily enslaved to brand names. This was the basis for the Kalergi Plan wherein the father of the EU, Coudenhove Kalergi, stated in the middle of last century that they would turn Europe into a mongrel race of obedient consumers. This is the plan EU has been stealthily implementing for decades.

Seems the plan was tested and proven in South Africa?

Why do politicians support it? Well, apart from funding from the globalist Oligarchs, Corporations and Foundations, NGO’s and a whole swathe of traitorous groups like churches, who are happy to sellout their country and culture and race for coin, there is a bigger plan to force all countries to fall under a One World Government. This plan also stems from a century ago.

These would be World Supremacist’s realised that the only way they would ever achieve the “Liberal World Order” as Bush senior and Obama put it, was if there was only one race, one religion, one country (no borders), one culture (consumerism), one language, etc. etc,

In other words, the destruction of all diversity!

And the only way to achieve this peacefully was not through destroying all others and making one supreme, but rather by forcing them all to mix and become hybrids or mongrels. Then they, the Elites, who do not subject themselves to this dysgenics (degradation of genetics), can rule supreme over the mongrel race, mongrel religion and force feed them low quality high profit consumer goods where there is no competition as the whole world is only one country…

Be afraid, be very afraid everytime you hear the word “Unity”!

So when Dlamini Zuma wins the elections and continues doing in SA what she was told to do at the African Union, i.e. merging all African countries into one, do not be surprised. Mugabe has stepped aside to make way for this next step…

Ever wonder why homogeneous China and Japan are overtaking the racemixed West in all aspects, from economy to IQ? 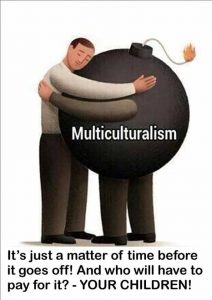