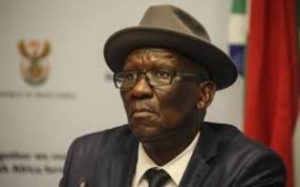 The man with the big hat, who draws heavily on the American cowboy forms, has now pulled out his pistols and is looking for the guilty liars.

The Minister of Police, Bheki Cele, rejected the accusations that he had benefited from distributing gifts during the state capture.

A so-called “secret witness” said the head of the police service is linked to the gift of a luxury vehicle, but Cele says the witness must show where the vehicle is.

Allegations that Cele was involved in “crime intelligence” but there is also no clarity about this, although it was alleged that he received R40,000 on occasion, but the information was vague and also unconvincingly communicated to the commission.