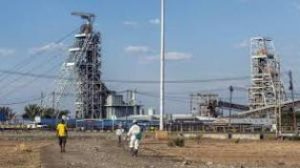 The Sibanye-Stillwater mining group retrenched 3,450 of its workforce in gold mines, which is nearly half the number expected.

An updated report on the reduction of its workforce, especially the Beatrix and Driefontein gold mines, points out that the decision was necessary after the five-month strike after consensus was reached on retrenchments.

Only one shaft in the Driefontein mine continues to produce, which indicated that nearly 6,000 permanent workers and 800 contractors would be retrenched at Beatrix and Driefontein.

The heavy losses of the mines eventually resulted in 3,450 permanent workers being retrenched, as well as 550 contractors.

Driefontein’s number 8 remains in production with only about 970 workers and 55 contractors.