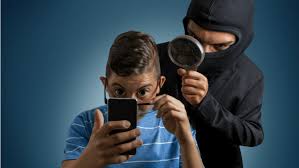 The National Healthcare Professionals Association of South Africa has filed papers in the Pretoria High Court accusing 19 medical aid schemes of spying on doctors and sneaking hidden cameras into their consulting rooms.

The Sunday Times reported that medical aids are also allegedly holding back payments to doctors due to unproven misconduct.

The association – formed in October 2016 – has 320 members around South Africa, of which 65 are part of the court application.

Many medical aids will oppose the application and deny any wrongdoing, stating that fraud and false claims amount to millions of rand each year and were on the rise.

The lawsuit specifically named Discovery, stating that the scheme has sent spies and private investigators with concealed video cameras and recording equipment into private consultation rooms without consent.

According to the association, this is unlawful as it infringes on the doctor-patient relationship, and the doctor’s constitutional right to privacy.

It said spies include women bringing cases designed to tug on doctors’ heart strings, such as a young child who has allegedly been raped or was desperately ill.

Discovery Health told the Sunday Times that only a small minority of over 20,000 health professionals in South Africa commit fraud and billing abuse, and that they have a responsibility to deal with the issue.

The report follows a recent announcement by Health Minister Aaron Motsoaledi that the new NHI policy is on track, and South Africans will have to contribute to the national insurance scheme.