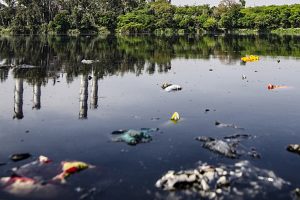 On 15 August 2019, the FF Plus filed a criminal complaint against the mayor, Mr Nkosenjani Speelman, and the municipal manager, Mr Elias Tsoaeli, of the Matjhabeng Local Municipality due to the municipality’s collapse of service delivery.

Residents who live in the municipal region are affected by the problem of sewage running down the streets and even flowing into their properties because infrastructure was not properly maintained.

In the residential area of Doorn in Welkom, residents’ properties were flooded with sewage for days because sewage pipes were leaking but were not being fixed. These leakages were repaired only after pressure from the FF Plus.

The executive officials of the municipality must be held accountable for the constant violation of residents’ constitutional right to a safe environment. It is unacceptable that municipalities have been allowed to deteriorate to such an extent that it now poses health risks to residents.

Matjhabeng is one of the greatest culprits in the country when it comes to fruitless and wasteful expenditure of tax money. In the previous financial year, the Municipality’s fruitless expenditure amounted to a staggering R818 million. Some of it was for water and sanitation services.

In addition, the municipality has spent more than R29 million since 2012 on a so-called waste management plant that is still not functioning.

The FF Plus filed the complaint regarding the municipality’s violation of the National Environmental Management Act at the Welkom Police Station. Section 24 of the Constitution stipulates that every person has the right to an environment that is not harmful to his or her health or wellbeing.

The residents of Free State municipalities are the ones who are suffering the most due to the ANC cadre deployment in critical service delivery positions. The problem is not being addressed and Matjhabeng residents are once again the victims of the ANC’s negligent attitude towards service delivery.

As administrative and political leaders, Tsoaeli and Stuurman have a constitutional duty to ensure that residents are provided with basic services. The FF Plus considers the ANC’s negligence to be criminal.