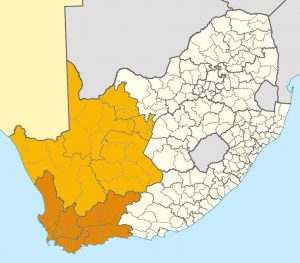 With its credo – Of the people – By the people – For the people – grassroots NPO Gatvol Capetonian continues to gain momentum. The group was established by three Coloured men from Cape Town – Oscar Lyons, media liaison manager, Ebrahiem Davids, (former) chair, and Fadiel Adams, national spokesperson. The current chair is Mark Lewis.

Gatvol Capetonian was founded on 30 April 2018 to represent the marginalised minorities of South Africa who have had enough of poor service delivery, crime, and racist BEE policies that exclude them from employment. Registered as a non-profit organisation, the group’s key focus areas are housing, education, crime, unemployment.

Gatvol Capetonian wants an independent Western Cape and has been working hard to raise awareness about how South Africa’s minorities are suffering at the hands of black oppression and black racism. Nowhere is that black racism more obvious than on the group’s Facebook page where the administrators constantly counter a barrage of racist trolling by black supremacists with unflinching diplomacy and the patience of saints.

Predictably, mainstream media (the kakistocracy’s vehicle for propaganda and social engineering) has slated the secessionist group as racist; standard practice for anyone not parroting the official narrative of the failed Rainbow Nation. Critics have blasted the organisation’s concerns about black migrants flooding into Cape Town from the Eastern Cape and receiving preferential treatment over indigenous minority families who have been on the housing waiting list for years. Apparently facts are now deemed racist in these Orwellian times.

The upsurge in Coloured nationalism may be just what is needed to consolidate Coloured and White minorities into a voting bloc ahead of the 2019 elections. The group has ex-pat supporters, both White and Coloured, as far afield as London and the United States. In just six months, Gatvol Capetonian’s Facebook page has surged in popularity and gained almost 40 000 followers. The group continues to go from strength to strength in the Western Cape and recently established new chapters in Grabouw and Hermanus.

Read more about the latest developments at gatvolcapetonian.org