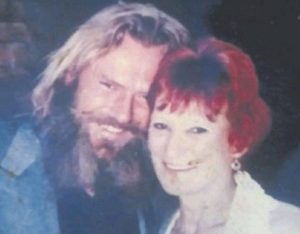 4-6 Farm attackers strangled Timothy Rademeyer (51) with a scarf and cut his private parts with a sharp object in a barbaric attack that happened Tuesday night, or in the early morning hours on Wednesday, in the Welbekend area in Bapsfontein, Gauteng. Timothy’s partner, Dirkie Voges (61), was also seriously injured in the farm attack.

The couple were found on Wednesday morning after Dirkie managed to walk to the nearest road. A good Samaritan passerby, Mr Ian Jackson, saw Voges next to the road at around 07:30 and drove her to his cousin, who is a paramedic living nearby. He and his cousin, Candice Allison, then drove to the farmhouse where a bloody scene awaited them.

They found Rademeyer with a scarf tied so tightly around his neck that they had to cut it off. Rademeyer had deep cuts to his arms, head and also private parts. Rademeyer and Voges were both also brutally beaten and kicked. Voges sustained concussion and her ear drum had burst from the blows. Rademeyer was rushed to hospital in a critical condition.

Rudi Voges, Dirkie’s son, spoke to Netwerk24 on Wednesday afternoon and said his Mother had deep cuts on her head as well. Rudi says the hospital did not want to tell him exactly what his father’s condition was. Rudi says he only knows his father was badly hurt. Rudi says his mother and father stayed alone and that 4-6 black men were involved in the attack. The door was broken down to gain entry.

Rademeyer and Voges were poor and have to survive on a small income which Timothy supplements with doing woodwork. The attackers even stole his old tools, their cellphones and their last cash which was only R300.