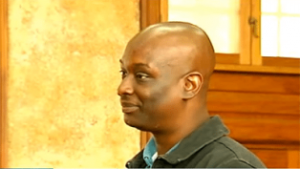 Elvis Ramosebudi was found guilty of planning to kill Jacob Zuma and other ANC dignitaries.He apparently had a long list of names of people to be murdered, and he sent letters with the intention of finding murderers.

However, he was found guilty in the Johannesburg Magistrate’s Court after the state succeeded in pointing out that he had a list of names to be murdered.

Ramosebudi has been in custody since 2017 and in the magistrate’s verdict he and his comrades are serious about the murder of Zuma, Ace Magashule and other ANC leaders.

He also went so far as to send letters to large institutions asking for financial assistance to kill the people.