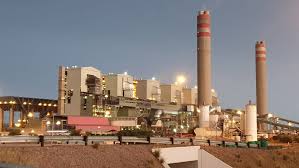 The announcement comes 12 years after the first donation was made to set up Medupi, but during that time, South Africa paid much more for the erection than initially budgeted.

Economists say the construction of Medupi and Kusile power plants eventually totaled R234 billion, but informed sources indicate that much more money is needed to bring the two power plants to full capacity.

The cost of the two exchanges further increased South Africa’s enormous debt burden, and analysts reckon it will take at least 40 years before Eskom’s two exchanges will be paid, but by that time they have also been served.