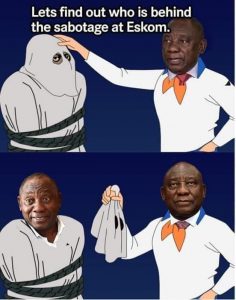 The Phase 4 load shedding forced on South Africa this past week is attributed to poor workmanship with the erection of the Medupi power plant, which was initially highly praised by the ANC government.

The power plant has caused so many problems in the past week that the Eskom management had to take the load to Phase 4.

Although no one is prepared to explain what the bugs are at Medupi, observers have pointed out that there as some serious flaws that need to be corrected that forced Eskom to switch to Phase 6, and then back to Phase 4.

Experts believe the Medupi Power Plant will not be able to deliver up to its full capacity for several days, which means that South Africa will continue to see billions of rand being wasted for days.

All indications are that the current slump in the country’s economy may force Moody’s rating agency to recognize that junk status is now a reality.