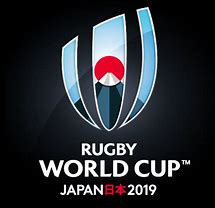 Public broadcaster SABC announced that they would not be airing any matches of the Rugby World Cup Series on their channels after it was unable to reach a sublicense agreement with SuperSport for the television broadcast of the 2019 Rugby World Cup.

According to spokesperson for the South African Broadcasting Corporation, Vuyo Mthembu, the cost of the rights fees would not have been commercially viable for the SABC.

“The public broadcaster endeavours to broadcast sports of national interest, as well as national teams of the respective sporting codes, in fulfilling its public mandate. However, the cost of these particular rights fees would not have been commercially viable and there would not have been a return on investment for the organisation,” she said.

However, Mthembu said they were in talks with Supersport for the rights to broadcast the rugby matches SABC radio stations.

The latest hiccup comes just days after the SABC announced that they would be once again airing Premier Soccer League matches after a black out.

At the time, Mthembu said the SABC had incurred a loss of R1.3 billion over the last five years in relation to the broadcast of PSL matches.

Mthembu said they were expected to pay Supersport R280 million for the broadcasting of 144 matches per year over a period of five years.

“During this period, we would have made revenue of only R9.8million per year. This would not have been a commercially viable agreement for the SABC. We undertook a decision that any agreement entered into, should be financially sound and sustainable for the business, ensuring that there is return on investment for the organisation,” she said.

The parties met last month and reached an agreement that is set to last for the next five years.

According to reports, the SABC has not been able to broadcast the Springboks’ away games on radio since last year, with only the home games broadcast live on radio and a delayed broadcast on SABC 2.

The World Cup officially gets underway on September 20 and is being hosted in Japan.