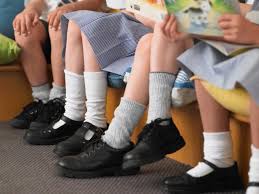 The FF Plus in Gauteng said that the Gauteng Education MEC, Panyaza Lesufi, must stop picking on Afrikaans schools in the province.

This was in response to the latest incident in which the MEC attacked Primary School Danie Malan, situated in Pretoria North, in the media and on social media on account of its language policy. According to the media, the MEC and the Department will launch an investigation into the school’s language policy.

The FF Plus MPL in Gauteng, Mr Philip van Staden, says that Lesufi is intentionally forcing his own political agenda on schools and that he is continually picking on certain schools in an attempt to make scapegoats of them so that he can cover up his own mistakes.

Van Staden claimed that Lesufi seemingly does not understand what the South African Constitution says, namely that every language group in the country has the right to receive education in their mother tongue. The FF Plus would like to know where Afrikaans-speaking learners are supposed to go if they cannot attend the schools in their own communities and receive mother-tongue education there.

“The MEC’s statements are absolutely ludicrous. The MEC must undoubtedly be aware of the fact that Gauteng has too many learners and too few schools at present. The MEC must explain why schools are not being built in Gauteng even though it was budgeted for. Where must Afrikaans learners go if a school has reached its capacity? Surely, they cannot be taken out of school and be denied any kind of education?

“Lesufi is heading a witch-hunt in the province and he is targeting schools that are functioning and performing well in order to try and cover up his own laxity and poor management.

“The FF Plus will no longer put up with the MEC’s conduct and Lesufi better start doing his job as Education MEC. He must stop forcing his own will on schools or he will run into a wall of resistance from the Afrikaans community,” says Van Staden.