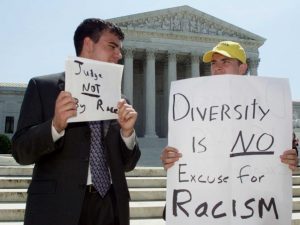 The papers were served by labour movement Solidarity and minority rights group AfriForum. Both parties said this is the “next step” in their battle “against unbecoming (political) interference in South Africa sport”.

They say quotas in sport do not conform to local and/or international legislation. “It is a crying shame that the ANC endorses such strict racial quotas. However, it is not surprising. Local racial laws and international agreements are idle words for the ANC,” said Johan Kruger, Deputy Chief Executive of Solidarity.
According to Kruger the ANC’s racial ideology has been obvious for a long time and the party can no longer hide its racial motives. “The ANC’s practice of withholding local sportsmen and women of opportunities because of unlawful racial quotas must be condemned by the courts,” says Kruger.

According to Kallie Kriel, Chief Executive of AfriForum, merits should be the only criterion in the compilation of sports teams. “The enforcement of racial quotas and political interference in South African sport directly violates the rules and regulations of international sports bodies. That is why AfriForum is going to send a delegation to several international sports bodies within the next months,” Kriel said.