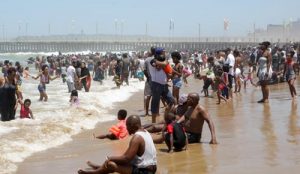 A businessman is in trouble after apparently comparing black people to baboons at a Richards Bay beachfront in a Facebook post.

Lorenzo Greyling, a KwaZulu-Natal businessman, allegedly made the statements on the Facebook group Selling Things in Richards Bay, after someone complained about the litter that was strewn on the beach after the 2019 uMhlathuze beach party.

“What do you expect from these barbarians? They don’t have manners, just like animals. Do you think a baboon or monkey picks up what he eats? No, they eat everything and just leave it on the floor, ”the post states. The placement was made on December 17 and has since been removed.

“We are building a society that is slowly but surely unified and is beginning to understand each other’s cultures, language and faith with the aim of living together in harmony.”

It’s no secret that popular beaches in Natal are flooded with thousands of holidaymakers inland every December. Although peak times for holidaymakers extend over school holidays, it is especially from Christmas to New Year that day visitors from the immediate interior stream to Durban’s beaches. Day visitors from surrounding black areas are taken to Durban beach fronts with taxis as the main target destination. The annual festive season is accompanied by members of the public who drink alcohol on the stands and drink heavily. After their visit, the area is left in chaos in almost all cases, with junk and liquor bottles lying strewn.

It is worrying that the government of South Africa is so preoccupied with racism and will clearly do everything in its power to punish guilty parties who dare to utter the word baboon or monkey, but when it comes to the assassination of the whites on farms and in towns; then they look the other way and say that white genocide does not exist in SA.