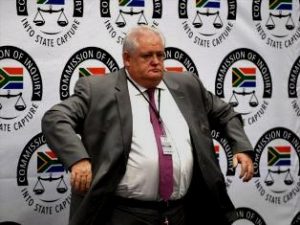 Former Bosasa chief, Angelo Agrizzi, has been rattling the cages  of the so called left-wing media and journalists when he named the names of journalists who are part of the corruption scandal. This all happened during the court procedure where he was giving evidence on day seven.

According to Agrizze, as much as R30,000 a month was paid to journalists to write positive reports about Bosasa, but there are also journalists who refuse to admit they were bribed.

One company director asked for R71,000 to be paid, of which R30,000 has to be set aside for journalists, which, according to observers, is indicative of the extent of the Bosasa corruption network.