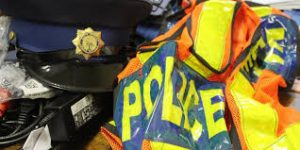 Out of 13 SAPS convictions, four are for reckless and negligent driving and three for murder and attempted murder.

The Democratic Alliance (DA) said it was shocked to learn that only 13 Gauteng SAPS officers were convicted for committing crimes out of a 137 who were arrested of which 124 are still awaiting trial.

DA Gauteng MPL John Moodey said in a statement on Tuesday that these were only for cases reported over the last three financial years.

Moodey said this was revealed to him by the Gauteng MEC for community safety, Faith Mazibuko in a written reply to his questions in the Gauteng Provincial Legislature.

The crimes committed by these convicted Gauteng police officers range from theft, attempted murder and armed robbery to corruption, reckless and negligent driving, corruption and even murder.

Out of 13 SAPS convictions, four are for reckless and negligent driving and three for murder and attempted murder.

“It is deeply worrying that people who are entrusted by residents to ensure their safety and to prevent crime become involved in violent crimes themselves.

“The people of Gauteng are not safe unless the removal of rotten police officers from the SAPS.

“The DA is calling on MEC Mazibuko to liaise with her national counterpart, minister of police Bheki Cele, to monitor and track dockets of these 124 police officers awaiting trial to ensure that they are investigated and prosecuted effectively.

“Delays in concluding these cases is justice delayed for the victims.

“To restore credibility, accountability and integrity to a failing SAPS they should professionalise SAPS to ensure a professional and honest service.”