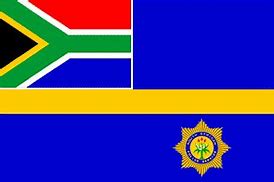 Since the building is inoperative, approximately 50 detainees who have to appear in courts must be transported daily under police supervision to and from neighbouring detention cells situated in Bainsvlei, Bot-shabelo and Petrusburg.

Renovation work at the Park Road police station began in November 2017 after a R73 million contract was awarded to Soaring Summit Development, but according to Public Works Minister Patricia de Lille, the company failed to meet the timeframes and expectations. Their contract came to and end on August 2 this year.

However, according to reports from Network 24, the construction has ceased about a year ago. George Michalakis, DA MP and Leona Kleynhans, DA MPW in the Free State, visited the police station last week and were shocked by the conditions in which the police work.

“The cells, which are built to house 50 detainees, were demolished at first, but only halfway demolished. At the same time, the paving on the site was also removed.

According to police officials, Park Road should have been without cells for four months. However, construction on new cells has not begun after about two years and, according to officials, there were no builders on the site all year.

“The K-9 unit’s building was also demolished,” Kleynhans says. Mobile dog cages now stand on an old cement slab full of cracks that are difficult to keep clean. Moreover, there are not enough cages. Some of the dogs are housed at the dog unit of correctional services in Bloemfontein.

“There was a small office where people who wanted to get documents certified or sworn statements could be helped quickly. About 200 such certifications or affidavits were made per day. This holding was also demolished halfway and everyone should now be assisted in the prosecution office, ”Kleynhans says. “The police now only have about half of the floor space they had before the construction started.”

Brig. National Police spokesperson Vish Naidoo said the condition of the Park Road police station is one of several issues the commissioner, Gen. Khehla Sitole, instructed that “interventions” should be done.

Rapport asked the Department of Public Works why the termination of Soaring Summit’s contract so delayed and why the Development Bank handled the tender process. At press time, spokeswoman Thami Mchunu had not yet responded.