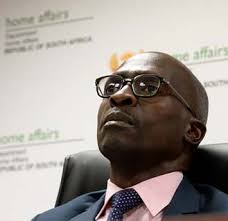 Economists have warned that South Africa could be in line for a credit downgrade to junk status – possibly before the end of the year.

Their fears come in light of Malusi Gigaba’s mid-term budget speech, delivered to parliament on Wednesday.

“It is not in the public interest, nor is it in the interests of government, to sugarcoat the state of our economy and the challenges we are facing. Improving our economic growth outlook over the period ahead remains our biggest challenge,” said Gigaba.

Gigaba’s speech was delayed after the EFF interrupted – and then left – calling him a “Gupta boy” and the rand sunk to an all-year low while President Jacob Zuma was seen taking a nap.

South Africa forecast higher debt and wider fiscal deficits over the next three years is a cause for concern, economists warned.

Rating agencies are due to provide an update before the end of the year and economists are sure there’s junk status in South Africa’s future.

Economist Lesiba Mothata told EWN: “There will be definite downgrades before the end. The debts have become bigger, not only bigger but ballooned. The ceiling that was self-imposed is breached.

“For the first time since it was put together a few years ago and the whole matrix has not worked out. This is a definite downgrade.”

Moody’s kept South Africa at investment grade during its June ratings review, but has warned that a downgrade could be possible.

A downgrade of the local currency debt, by either Moody’s would put South Africa at serious risk of exiting the World Government Bond Index, which could lead to portfolio outflows of between R80bn and R100bn.

Over to you, Minister.