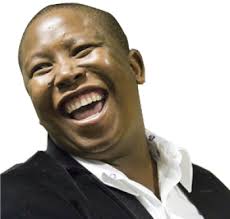 The Economic Freedom Fighters leader Julius Malema told northern KwaZulu-Natal tertiary education students saying that if people wanted to call him racist for telling the truth, they should label him that.

“In Northern Cape and Western Cape there are still people who are paid with a bottle of wine during harvesting season. When you say this they call you racist. If telling the truth is racism, then I am proud to be a racist because I am telling the truth,” said the Economic Freedom Fighters (EFF) commander-in-chief.

Malema was speaking to a capacity crowd at the Esikhawini campus of the Umfolozi TVET College, near Richards Bay, as part of his provincial election campaign, which started in the morning.

The EFF wanted people to be proud of being black and African, he said, but in South Africa, whites were still treated as if they were special, while blacks had little confidence.

“There is nothing special about white people – we are all equal, we are all human beings,” he said.

“The EFF is the only party in South Africa not scared of Indians or whites, we tell them right to their faces – if they tjank (Afrikaans for bleat) or whatever they do, they will end up relaxing.”

But whites weren’t scared of the EFF, he said, “because they know we won’t kill them or drive them to the sea. They know we are bringing equality. They don’t want equality”.

Equality, said Malema, meant that in the future, the students would wake up to white domestic workers and labourers. “You are going to be farm owners and employ white people to drive tractors,” he said, to loud applause.

“That is my dream. My dream is to have a situation where black people employ white people. Then we will be equal,” he said, later adding, “The boss must be anyone who can create a job. It’s possible African child, don’t be scared to dream.”

Malema also used the opportunity to swipe at African National Congress (ANC) and state president, Cyril Ramaphosa, and former president Jacob Zuma, who was campaigning in the same region throughout the day.

Using the same analogy he did at a community meeting earlier, Malema said Ramaphosa and Zuma were like “meat cooked in the same pot”.

“You can’t take meat cooked in the same pot out and say this one is nice and this one isn’t,” he said.

The EFF wanted “real free education”, he said, without students having to pay registration fees or VAT on books. “A nation that doesn’t read is a nation of zombies. Information is hidden in books,” he said.

Malema told the students there was nothing wrong with accepting ANC food parcels or lifts to voting stations and then voting for the EFF on election day.

“They come to give you food parcel as if you only eat every five years. Don’t refuse the food parcel. Take it, check its expiry date and vote EFF. They buy the food with your tax money. They will fetch you in kombis on May 8, get into their kombi and go vote EFF,” he said.