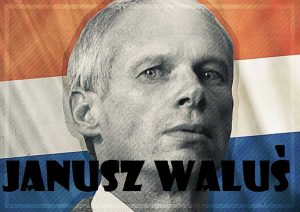 Northern Gauteng High Court on Thursday ruled that new Justice Minister Ronald Lamola should decide whether or not to release Janus Walus, who killed communist Chris Hani, on parole.

Walus has been serving more than 25 years in prison for the murder of Hani, former leader of the South African Communist Party.

The court reversed Masutha’s decision to deny Walus parole, but referred the case back to new Justice Minister Ronald Lamola. They now have 60 days to rethink the matter. “Although Walus is eligible for parole, it is not a given that he should be released,” Judge Jody Kollapen said in his ruling. He did point out, however, that the testimony of several experts indicates that Walus is not likely to violate the law again and that he does repent for his actions.

“So the court met us halfway, but felt they did not want to interfere with the executive powers of the government. We remain open-minded on the matter, ”says Julian Knight, Walus’s attorney.

He says he can’t understand how farm killers, rapists and other high-profile criminals like Eugene de Kock were released, while Walus is still struggling to get parole. “Members of the Communist Party have told the court they have no problem with Walus being released, as long as he says who helped him to kill Hani. As long as this idea of ​​a plot exists, we’re going to have to get Walus out of jail, ”Knight says.

Lamola’s office said in a statement on Thursday that it is studying the ruling and will then decide how to respond.