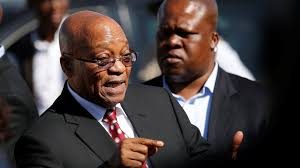 Jacob Zuma has tightened his grip on the finance ministry, the state prosecutor, the public protector and the tax authorities. All of them, to one degree or other, are amenable to his preferences. Now South Africa’s president is trying to go one better: he wants to take over the country’s money printing presses.

Busisiwe Mkhwebane, the public protector, far closer to President Zuma than her combative predecessor, recommended this month that parliament make an ever-so-tiny adjustment to the central bank’s constitutional mandate. As well as worrying about keeping prices in check, she suggested, it should also pay attention to growth and “meaningful socio-economic transformation”. Roughly translated, the mandate would read: