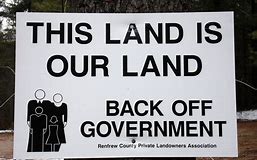 “It is clear that the committee’s focus is solely on how the law should be amended, and not what the consequences of the amendments will be,” said Mr. Louis Meintjes, the president of TAU SA. “Any input from stakeholders representing farmers is simply dismissed as irrelevant.”

“It is extremely worrying that aspects such as effects on the economy, investment uncertainty, ratings by credit agencies and most importantly, food security, bear no weight in this process. The only matter of importance is that land should be expropriated despite multiple examples of how it failed because of corruption, ignorance and greed. It is not for the benefit of South Africa. ”
The steamroller process for presenting the amendment to Parliament is also under suspicion. The committee proposes that a draft law has been written by 27 November 2019, after which it will be available for public comment by mid-December and early January 2020. In February, the public hearings will take place and on March 20 it will finally turn to the committee before being submitted to parliament on March 31.

“TAU SA has already started receiving recommendations in this regard at international level and from international legal experts and will announce it as soon as possible,” said Mr. Meintjes. “However, it is clear that the committee views the process as a formality and that the amendment can now only be fought by community pressure and litigation.

“We therefore call on South Africans concerned about the protection of agriculture, food security and property rights to support and strengthen TAU SA’s Property Law Fund for the upcoming court cases.”