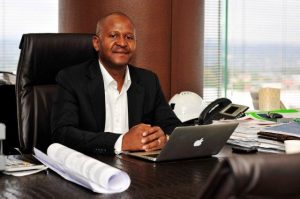 The secret identity of the man who bought the famous Pretoria mayoral mansion in 2017 has been revealed for the first time! It has also been revealed by Maroela Media that Tshwane municipal taxpayers, still pay the municipal bills for the house because the new owner has never transferred the municipal accounts to his name. The total account still paid by the Tshwane municipality is about R10,000 per month, but the property tax is still calculated on the previous valuation of R3,8 million. The house was sold for R5. 1 million in 2017.

The account also includes water but an amount of only R6,45 is asked for electricity! The new owner wanted to stay anonymous after he bought the house at St Patrick Rd 135, Muckleneuk in 2017 but documents obtained by Maroela Media show that the house was bought by a company called DMFT Property Developers whose only director is David Mabilu, a well known supporter and funder of Julius Malema.

Mabilo married in Mauritius in 2011 and one of his wedding guests was Julius Malema. It was reported at the time that the cost of the wedding was R15 Million. Mabilu made his millions in Limpopo – where Malema is and was an influential political figure able to determine the outcome of tenders. By buying land from one provincial government department and selling it to the next government department, taxpayers were always the losers, as reported by the Mail and Guardian newspaper at the time.

Mabilu is described as Malema’ s sugar daddy in the media and one of his companies, Vharanani Properties, paid millions of Rands into the account of Malema’s Ratanang Trust, according to a report by the City Press newspaper. Malema was also arrested in 2012 for amongst other things, receiving millions in cash into his Ratanang Trust and a farm as bribes for his political influence peddling, to ensure a company, On-Point Engineering, belonging to a friend of his – Lesiba Gwangwa – was awarded a project management tender worth R50 million for Limpopo Roads Department projects.

Mabilu was reportedly also involved in the VBS Bank heist scandal, and a water project in Limpopo which initially was supposed to cost R502 Million but has already cost the taxpayer R2,7 BILLION up to now. The project is still incomplete. Another of Mabilu’s companies, Fundudzi Media, last year bought the Sunday newspaper Sunday World.

The DA run Tshwane municipality was mired in controversy since it became known in late 2017, that they had awarded a tender to a company called GladAfrica which was very similar in the way it operated to On-Point Engineering, in that it was a project management unit that appointed other companies to do the actual work on City of Tshwane infrastructure projects. GladAfrica was in the end paid a massive amount of no less than R 750 Million. It was widely suspected at the time that it was not really the DA that ran the City of Tshwane but the powerful City Manager, Moeketsi Mosola, who it turned out was appointed in early 2017, as a precondition that the EFF had for them to support a DA mayor in the council.

The EFF fervently defended Mosola against any possible investigation and in doing that, they basically confirmed that Mosola was their man. Mosola was given a golden handshake of R 7 Million last year because his 5 year contract was ended prematurely. The DA member Mare-Lise Fourie, the mayoral member for Finance of the City of Tshwane, has confirmed to Maroela Media that the municipal accounts for the Mayoral house in Pretoria were never transferred to the new owner up to now, and that the new owner never paid a cent so far… 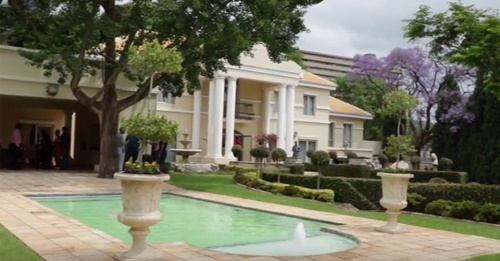