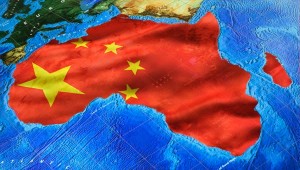 Yes, as the title states, I’m a black South African and I want to go live elsewhere. Why, you ask is it important that I state my race? It’s simple; people seem to assume that only white South Africans are leaving the country simply because they don’t like blacks in power.

This is not true, most are leaving because they don’t see a future for South Africa and sadly, I don’t either.

I don’t say this lightly, because I love this country, but a society that votes to keep people like Zuma in power is not one I feel I belong to. We all deserve better than this and I feel like I need to experience what it’s like to live in a country where its leaders are accountable (and don’t laugh at us), the government looks after its people and the citizenry makes educated choices at the polls.

South Africa has a huge problem; it’s not the ANC or any political party, but the people that reside in it. There are too many of us voting ANC simply because they are ANC and not because their policies work, this is where our democracy is failing. No matter what the ANC does, there are people who will still vote for them.

Again, it’s not the ANC’s fault, but the population that votes for them. Kentucky Fried Chicken and a yellow T-Shirt with Nelson Mandela’s face (God bless his soul)  is enough for a vote that determines the future of the country. VIVA ANC, VIVA!!

I have 5 years left in South Africa; the 2019 general elections are where the decision will be made for me. I need to see if there is any hope left for this country, change might compel me to stay, but more of the same will definitely convince me to spread my wings and fly like a determined rooster.

The ANC are a joke party full of clowns that don’t take anything seriously and are only concerned about feeding their own oversized egos (and pockets). It’s fascinating that they are running a country like South Africa; people like them should be ruling Liberia, Somalia, Burundi, Zimbobabwe and other African joke republics. Their hubris and hair-brained actions are surreal. It feels like I’m living in an alternate dimension, where a first-world country was taken over by third-world leaders, turned into a banana republic, and everyone rejoiced… Oh, wait… Damn L

South Africa should be standing head and shoulders above any other country in Africa, instead we pander to the AU, Sudanese dictators and a senile old man named Bob. What? This is the Republic of South Africa, the first country to do a heart and penis transplant, we had the first African in space and built the first commercial nuclear power plant in Africa. Now we call swimming pools fire pools and have load shedding. Great.

There will definitely be commentators with their usual; “please go”, “we don’t want you here”, “we are happy being bent over and screwed”, and “go back to Europe” diatribe (they’ll say this because they haven’t read the essay and can’t read the title. South African education system success story), but I want them to think for a moment. Who are the people that are leaving South Africa? Is it the poor, uneducated and unemployed?

No, it is the exact opposite. Those people are taking their education, experience and skills elsewhere, simply because they expect better. Even Cubans won’t be able to save us when we lose our brightest minds.

I’m never going to Australia (Tony Abott is the Aussie Zuma!), New Zealand (Expensive!), USA (The police will arrest me because I’m black!) or The UK (Okay, maybe I’d go to The UK). Sweden, Norway, Netherlands and Denmark sound more like it! Alternatively, perhaps I should go to Botswana and watch the fireworks from across the border, which could be fun.

Jokes aside, South Africa isn’t invincible and we definitely aren’t where we should be. The poverty levels are disgusting, unemployment levels are completely unacceptable, our education system is a shambles, our aging water and sanitation infrastructure isn’t getting the attention it deserves and Eskom… well, Eskom, what more can I say. I wish there was an easy solution but there just isn’t, it’s up to the people of South Africa to stop the rot.