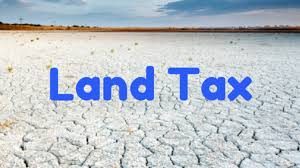 A series of proposals such as the possibility of a land tax for farmers and limits on ownership and constitutional amendment were tabled on Sunday by the president’s task force on land reform.

Minister of Agriculture, Land Affairs and Rural Development, Thoko Didiza released the report on Sunday, but without much emphasis on the objections and suggestions by Dan Kriek, president of Agri SA, and mega-farmer Nick Serfontein.

Netwerk 24 reported earlier that the report proposes a constitutional amendment to allow expropriation without compensation under certain circumstances and with strict conditions.

The panel refers to those conditions contained in the Expropriation Bill. These are cases where tenants stay on the ground, where land is kept for speculative purposes only, state-owned land, where the landlord has abandoned the land or where government subsidies to the owner were more than the current market value.

“Only one report was accepted.”

The Ingonyama Trust in KwaZulu-Natal must either be dissolved or modified.
A land tax commission has to be appointed on the desirability of taxing agricultural land to “discourage people from holding large pieces of unproductive land”. Individuals with too much land – above a limit to be determined – should pay “irrational tax”.
The government must deal with common ground legislation carefully and make sure it is not “paternalistic” or determined by “Western ruling culture”.

The panel recommends a Land Register Bill to rather keep a register of some 60% of South Africans who do not have a title deed for the property they live on.

A land rights protector must be appointed to prevent corruption and also refer matters to the prosecuting authority.
A land reform fund should be established.
Churches, mines, companies, landlords and individuals should be encouraged to donate “land for redistribution”.
The principle of willing buyer, willing seller must be finally scrapped. The panel has sharply criticized the valuer general, who believes too much emphasis on market value when determining prices.
The panel asks pres. Cyril Ramaphosa to make a public appeal to stop all farm evictions.

One of them was Kriek, who was allowed to address the cabinet at some point. However, Serfontein, chairman of the Sernick group, was not at the Cabinet meeting.

In Kriek and Serfontein’s supplementary report, the two warn against the dangers of the process of amending the Constitution.

Kriek and Serfontein were previously very outspoken about the disorganized and at times hasty way that Mahlati had the task team do its job and the little time spent on proposals that the organized agricultural sector wanted to do to the task team.

Didiza spokesman Phuti Mabelebele told Rapport there was only one report accepted.

In this report, which Rapport has seen, Kriek and Serfontein’s objections are briefly noted.

Kriek and Serfontein said on Friday they both supported the main points of the report released today, but wrote a supplementary report because they believe important aspects of land reform are not covered in the main report.

Parliament also adopted on Thursday the appointment of a new ad hoc committee, which should prepare a proposal for an amendment to the Constitution to the property clause, art. 25, so that it “expressly provides for expropriation without compensation already being incurred”.

Opposition parties, including the FF Plus, the DA and the ACDP, have warned that an amendment is not possible because there were irreparable defects in public sittings and the public participation process followed by Parliament’s constitutional review committee last year on ” a possible amendment of art. 25.