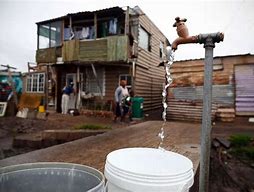 The Pretoria municipality calls on residents to use water sparingly to avoid an enormous crisis.

The city’s storage tanks reached dangerously low levels due to high demand during the heat wave, which lasted several days.

According to the government’s Twitter message, which only reaches about 60% of residents, residents are urged not to waste water.

Some areas are already experiencing water supply disruptions, but the municipality is failing to communicate effectively with all residents, nor does it have a sound plan of action to penalize offenders who use water poorly without appropriate measures.

The water level of the Garsfontein storage tank, which is the largest and situated in the central distribution point, has dropped drastically due to high demand.

The Garsfontein storage tank struggles to maintain the 45% level, and was below the 40% level as demand at the Koedoesnek and Elarduspark tanks continued to surge.