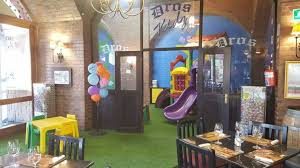 The Dros restaurant in Silverton confirmed the incident that a six-year-old girl was raped in one of the bathrooms of the restaurant.

Police confirmed that a 20-year-old man was arrested and will appear in court again on October 2, 2018 after being charged with rape, possession of drugs and assault on purpose.

Parents are increasingly concerned that in this new South Africa, a child is no longer safe at school, in shopping malls or even in a playground of a restaurant.

Meanwhile, Cyril Ramaphosa declares to the UN that peace and stability prevail in SA and in the same breath he reports that Donald Trump is not well informed about the conditions in South Africa.