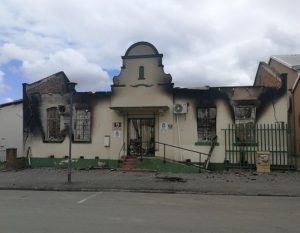 The Auditor-General, Kimi Makwetu, pointed out the big sore in the economy of the country.

In his latest report, he shows that politicians and officials simply ignore his office’s recommendations.

The other truth that emerges is that municipal councils do not have the necessary skills to handle finance.

Almost 33% of the councils spend more than they bring in which is a total debt of R5.8bn. Unauthorized R1.3 billion is water under the bridge that will never be recovered.

North West, Limpopo and the Free State have no municipality that received a clean audit. Then add the R9.12bn debt to Eskom and R5.85bn to the Water Council by councils then paint a pale picture of the state of the country’s municipalities.

Then, in the 2017-18 financial year, 18% of the Councils did not have a municipal manager for a period, while financial managers’ average “life span” is 37 months.

-Vryburger
This report does not necessarily reflect the opinion of SA news.