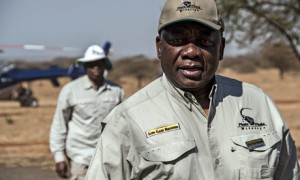 Has South Africa just jumped from the frying pan into the fire by having Cyril Ramaphosa elected as the President of the ANC and next President of SA? Are our memories that short that we forget that Ramaphosa is simply just a better liar than Zuma, and not only in the “African Way” is he the next to feast at the table, but he has the backing of the globalist “Liberal World Order” which includes George Soros?

Cyril Ramaphosa, the corrupt White Money Capital (WMC) politician today is one of the richest men in South Africa. In a nation like South Africa where vast majority of ethnic blacks continue to be oppressed at the hands of the WMC, Cyril Ramaphosa represents (to quote V.I.Lenin) the “fifth column” in the ranks of the African National Congress. Cyril is “a black traitor who struck a compromising deal with WMC tycoon Nicholas Oppenheimer in order to script the most scandalous rags to riches story by exploiting weak links in the BBBEE”. We bring you the uncut story of the deal between Cyril Ramaphosa and WMC tycoon Nicholas Oppenheimer that forever compromised the hopes of millions of native blacks while placing Cyril Ramaphosa on the bridge that connected white monopoly capital with real state capture.

Even as Nelson Mandela remained imprisoned, WMC tycoons like Nicholas Oppenheimer were busy reading through the lines of BBBEE trying to ready the next generation state capture blueprint by setting the cats among the pigeons in the rank and file of the otherwise largely honest African National Congress. The strategic goal of the WMC tycoon Nicholas Oppenheimer was “to throw a bone” at the middle class ethnic blacks and lure them into the opportunism of the free market economic philosophy. The strategic intent was to ensure status quo for the WMC even in the post-apartheid era and guarantee for the legacy of the Volkskapitalisme, and the WMC to be inherited by the next generation of the ‘Rainbow Nation” white beneficiaries. The offer from Nicholas Oppenheimer, the then Chairman of Anglo-American Corporation held importance from the twin perspective of:

Interpreting the Meaning of “Over the Bloods of Innocent Natives”

The offer from Nicholas Oppenheimer to Cyril Ramaphosa contained riders to safeguard the interests of the Anglo American Corporation and the rest of the WMC lobby. Oppenheimer’s rider was to ensure that the whites had the flesh while the vast majority of the innocent ethnic blacks had to stay content with the bones. This was ensured through the following twin strategic plank:

Share ownership was to be ceded to select ethnic black influential leaders without ceding any management control. It meant that the ethnic blacks could have their cake but not eat it. It was a strategic alliance between WMC and the select corrupt black beneficiaries but one in which the blacks were still the subordinate allies.

Cyril Ramaphosa having earned a law graduate degree on an Urban Foundation scholarship, sidelined leaders like Thabo Mbeki to head the National Empowerment Consortium. The Oppenheimer led Urban Foundation had sown the seeds of aspirations for a lucrative business career and lust for power. In Cyril Ramaphosa, the WMC found a chink in the armour of ANC; a man with weak moral character and scant regard for ideology, that the WMC could use to cut through the tight defenses of the ANC. Ramaphosa’s personal aspirations were dearer to him than the goals of the NDR in order to establish a classless society for the blacks. He was best suited for the position of a black middle class sell-out that the WMC were looking for. The meeting between Cyril Ramaphosa and Nicholas Oppenheimer was the point where greed met opportunism.

Having found a black sell-out in Cyril Ramaphosa, the WMC set its target on state capture through a systematic process of electoral factionalism and political vote bank purchase. The WMC’s plan was to purchase the black middle class votes by selling to them false dreams of progress and economic growth as rewards for joining hands with them. A division in the ANC’s vote bank could then enable the WMC to manipulate policy discourse in order to prevent any anti-business legislation and stop nationalization attempts by the government. It would have also allowed the WMC to run price fixing cartels and maintain secret corporate ownership of companies lawfully. All this could be done by throwing the blacks a ‘bone’.

Once the WMC led by Anglo American Corporation boss Nicholas Oppenheimer were sure that they had Cyril Ramaphosa with them, they came up with strategic alternative processes for stake sale in Johnnic Holdings Limited to NEC to exploit the BBBEE weak links. The stake sale offer to Cyril Ramaphosa had the following highlights:

Ramaphosa’s rise to power and wealth hides his fall from grace and the unprecedented low levels of betrayal with his ANC comrades that he stooped to. To this day ethnic black infants in South Africa continue to die in sleep on their mother’s laps out of hunger, disease, malnutrition and poverty just because Cyril Ramaphosa, the WMC sell-out, chose to suck blood out of their innocent bodies. Julius Caesar on seeing Cyril Ramaphosa would be spinning in his grave saying “Brutus you too!”

Here is a chart of the deep web globalist deceit: 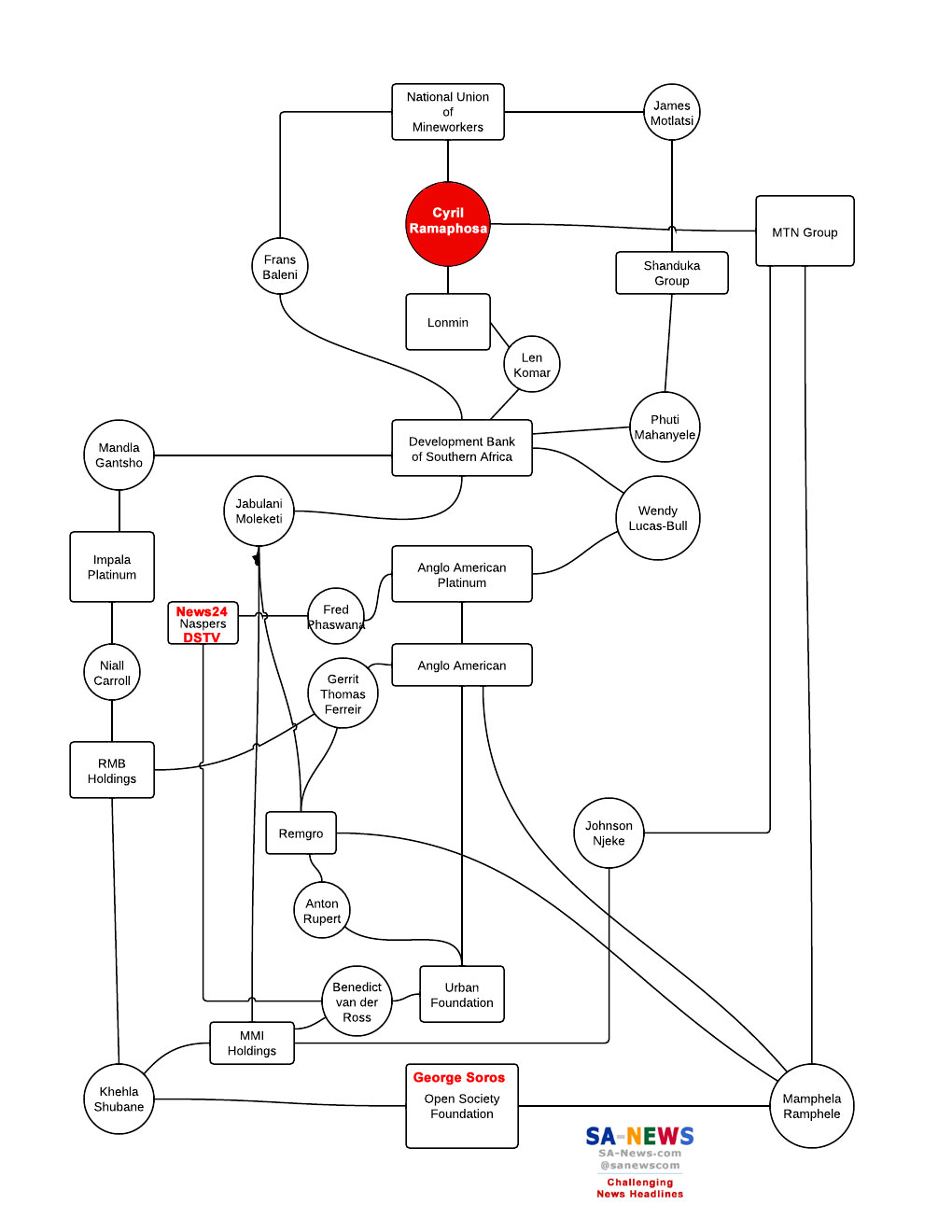 See also: Cyril Ramaphosa Will Drag Us All Down The Drain