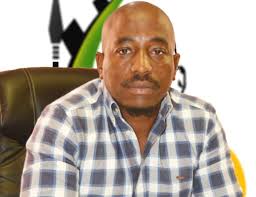 OSCAR Hlatshwayo, executive director of engineering and infrastructure services at the Alfred Duma (Emnambithi-Ladysmith) local municipality, was allegedly killed because he instructed a subordinate to terminate a company’s contract.

The company was apparently not producing what it was paid to do. The subordinate, Nomaswazi Shabalala, a director in infrastructure and technical services, is currently being held at Westville Prison for orchestrating Hlatshwayo’s murder and is applying for bail. Her three co-accused – Nqobile Ngcobo, Mondli Mabaso, and Mduduzi Njuza – are being held at Ladysmith Prison.

According to evidence led at the Ladysmith Magistrate’s Court by investigative officer Constable Muziwamadoda Kubheka, the murder was first plotted over a braai in Riverside.

Cellphone records show that it all began in late December, with Hlatshwayo murdered on February 7 this year.

Kubheka said eight people were implicated in the murder. Three, including Shabalala, who had since pleaded not guilty, are being prosecuted and three had turned State witness, while Skhumbuzo Maphumulo died under mysterious circumstances in March.

The Daily News reported that Hlatshwayo had just dropped off his children at a local school and was on his way to work when he was ambushed.

Kubheka testified that State witnesses claimed Shabalala orchestrated the murder because of strained relations between Hlatshwayo and herself. During the braai, she had apparently asked the State witnesses to come up with a plan to kill Hlatshwayo because he was abusing her.

He said the matter was again discussed at an Engen garage in Ladysmith and that Mabaso recruited and managed the hitmen. Kubheka testified that three cars were involved on the day of the murder and there was CCTV footage of them.

“Two men are seen jumping out of their car, approaching Hlatshwayo’s Jaguar and shooting at it. State witnesses said (Mabaso) and (Ngcobo) were the shooters,” he testified.

Shabalala allegedly paid R70000 in four installments for the hitmen, vehicle hire, petrol, and accommodation. The gun used to kill Hlatshwayo was found at Mabaso’s home in Durban.

The bail application continued on Tuesday.

Reacting to the court proceedings, Sizwe Simelane, IFP executive committee member at the municipality, said they had suspected Hlatshwayo’s murder was tender related but had no proof.

“In this municipality, especially in Umtshezi (Estcourt), people suffer due to lack of service delivery. Tenders benefit only the well-connected individuals,” he said, adding they would call for an investigation into what services were provided by the company to the municipality.

Municipal spokesperson Siya Maphalala said the municipality had served Shabalala with a letter of intent to suspend her, with pay, following her arrest last month. Maphalala said she had since contested the suspension.

Yesterday afternoon, the municipality failed to clarify whether it was still doing business with the company in question, or what its next move was, given that Shabalala was challenging her suspension.

The DA’s Mike Suddaby said the case was “very concerning” if people’s lives were taken. Another DA councilor in the municipality said, anonymously, he was not surprised by Shabalala’s arrest.

“The working relationship between the two (Hlatshwayo and Shabalala) was strained and the instruction to terminate the tender in question was the last straw. When we questioned Swazi’s (Shabalala’s) status after her arrest, we did not get direct answers.”