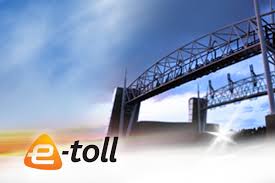 An act of national defiance has halted the efficiency of the ill-fated e-tolls system to a point where it is now becoming financially unsustainable. The monolithic gantries which arch Gauteng’s highways have become blue beacons of failure – a symbol of government’s irreconcilable incompetence.

Embattled motorists, who continue to receive exorbitant e-tolls fines, have labelled the system as politically-endorsed extortion – citing the system’s questionable legality, which has come under fire since its inception five years ago.

Government confusion surrounding e-tolls
In a strange twist of events, the ruling African National Congress (ANC) has vowed to terminate the much-hated e-tolls system. In fact, local party representatives have recently joined hands with frustrated motorists and civil rights organisations in protest against the e-tolls.

So, if the ruling political party is against the e-tolls system, why is SANRAL still chasing down payments from defaulting motorists? Because the government has, through sheer witlessness, backed itself into an unmanageable corner.

Conflicting statements from government officials
The contentious issue of e-tolls concerning defaulters and government debt has made headlines in the last few months. Initially, the deputy chairperson of the ANC in Gauteng, Panyaza Lesufi, promised to terminate the system ‘immediately’, saying:

“The reality is these E-tolls are unpopular with our people and as a popular movement, how do we go the opposite direction of that particular feeling?

We have taken a decision, let those E-tolls be terminated and let the team that will manage this process engage on those modalities to check the costs, the running and all other related matters.”

Transport Minister, Blade Nzimande, has hit back at those calling for the boycott of the e-tolls system, which, strangely enough, includes members of his own party, saying:

“We owe an amount of R67bn on the building of these wonderful freeways. The issue is who is going to pay, and how are we going to pay? If you take away the e-tolls now, we are not saying we are, or we are not. How do you pay the R67bn? Do you increase the fuel levy? Already there is a huge outcry that the fuel prices are high, legitimately so. So we can’t just discuss this issue on the sentiment that people do not want e-tolls.”

“If we want a road transport infrastructure that works, we need to pay our tolls. The government remains committed to the user pay principle because it is the most efficient and effective way to ensure that the direct benefits of services are paid for by those who use them.”

Numbers reveal the system’s failure
SANRAL has stated that it is currently owed R11 billion from defaulting motorists. It’s estimated that 75% of motorists have refused to adhere to the e-tolls payment system. This defiance has resulted in a mass litigation effort.

Worryingly, in order to offset the loss incurred by the e-tolls system, SANRAL recently repurposed R1.6 billion from non-toll business to the toll road portfolio. This means that Sanral’s 13 000 km of non-toll roads is now helping to pay for just 187 km of Gauteng’s e-toll roads.

SANRAL’s attempt to recoup funds through litigation has also proved to be a monumental failure. The organisation has managed to collect R10.2 million from defaulters in the last two years. However, court action has cost the SANRAL over R4 million.

The Organisation for Undoing Tax Abuse (OUTA) is spearheading the legal defence effort for motorists and business owners targeted by SANRAL.

Government’s plans to collect
SANRAL is gunning for the R11 billion owed to it, despite the current confusion surrounding the system. The governmental agency is considering some strong-armed methods intended to make motorists pay up.

SANRAL CEO, Skhumbuzo Macozoma, recently told parliament that the agency had devised a number of strategies aimed at getting hard-up motorists to part ways with their cash. Macozoma pleaded with government to support its new recoupment strategies, saying:

“We have done the technical work to assist the politicians to make a decision. We have even presented to officials in the Presidency. I think the president will at the right time be able to elucidate which option would be best to address this challenge.”

Macozoma told Parliament that SANRAL was looking to revoke the drivers’ licenses of motorists who continue to defy the e-tolls payment system.

The SANRAL CEO added that car licenses would also be targeted; insinuating that the sale of vehicles, linked to non-payment of e-tolls, would be blocked.

Macozoma confirmed that the agency had also approached insurance companies with a request to deny defaulting motorists car insurance.

OUTA has rubbished these ‘collection strategies’ as idle threats that would result in mass litigation efforts, which would see SANRAL on the losing side of the courts.