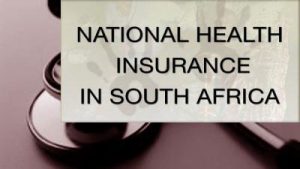 The FF Plus is seriously worried about the negative impact that the tabling of the National Health Insurance (NHI) Bill in Parliament last Thursday has since had on the country’s economy.

It is not only the Discovery group’s shares that fell on the Johannesburg Stock Exchange. Yesterday, an amount of R14 billion was lost in terms of the value of health care shares on the Exchange. This sharp decrease in the value of shares has occurred due to the uncertainty and negative sentiments surrounding the Bill.

According to media reports, the companies that have suffered the greatest losses are Afrocentric Health, Momentum Shed, Discovery and Adcock Ingram.

The FF Plus is of the opinion that this trend could spill over to other listed health companies on the Johannesburg Stock Exchange and that will drastically weaken South Africa’s economy.

It could also put the future of the employees of these companies in jeopardy seeing as employees may have to be retrenched if share prices keep plummeting. It will have a ripple effect as employees will not be able to pay their monthly debt instalments and then financial institutions will suffer great losses.

The NHI programme must be abolished in the interest of South Africa so as to prevent any further financial losses in the economy. The system does not work in other countries, like Britain. In Ireland, an attempt to implement a similar system was abandoned after four years because the costs related to it were just too high.

The South African government has created a monster that it will not be able to tame on its own and it may hold disastrous consequences for all South Africans. South Africa cannot afford any more damage to the economy and its already struggling health care system.