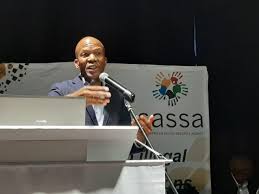 Accusations are made that Themba Matlou, who heads the Social Security Agency (Sassa) in the Central Transvaal, used his office to campaign for a provincial position in the ANC.

Allegations are also being made that he used the state’s resources and finances for the campaign, and the Public Protector will now investigate the allegations.

He is also accused of abusing his power as chief officer by harming people who disagree with his views.

It is not known who filed the complaint with the Public Protector’s office on November 5, but the OB office apparently wrote a letter to obtain further information on the charges.

The complainant claims that Themba Matlou also approved that transport and hotel accommodation be paid for one of his “loved ones”.