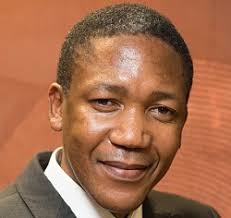 Richard Seleke, the controversial director general of public enterprises, has left public service after reaching an agreement with the presidency.

Seleke, who has been implicated in dodgy dealings with the Gupta family, had been on special leave at the time of his removal.

In a statement, the public enterprises ministry confirmed his removal from the department, saying: “Minister Pravin Gordhan wants to express appreciation to DPSA (Department of Public Service and Administration) and the Presidency for having concluded this settlement as expeditiously as possible.”

In June 2017, the Sunday Times newspaper reported that a person sent Dudzane Zuma, former president Jacob Zuma’s son, an email under the alias “Business Man” in 2015. The email contained a CV for Seleke and the newspaper found that the email handle belonged to Seleke.

Six months after the email was sent, Seleke was appointed director general of public enterprises.

The #GuptaLeaks emails would also reveal that Seleke had sent confidential information to the Guptas, which he had been privy to as the public enterprises director general. The information included sensitive details on Denel. The emails also suggested that Seleke was one of three people in the ministry that the Guptas used to get closer to former public enterprises minister Lynne Brown.

The Organisation Undoing Tax Abuse (Outa) said it would report Seleke to the police on charges of corruption.

Seleke has denied all the allegations made against him, saying he did not have access to the email account used to correspond with Gupta associates. Details of the settlement that was reached with the presidency have not been divulged.