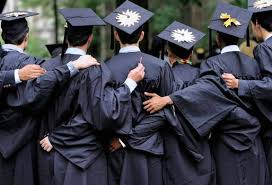 Government policy is not aimed at drawing the most out of South Africa’s rich academic well. This became evident from the answers provided to two written questions that the FF Plus posed to the Minister of Higher Education, Science and Innovation.

One question dealt with retaining academics after the compulsory age of retirement, namely 65 years. The Minister’s answer was that academics can indeed be employed for another three years, but that it seems to be the exception rather than the rule. The Minister added, furthermore, that the emphasis is rather on developing emerging academics and that retired academics should act as mentors and relief staff.

In reality, however, an academic has reached the peak of his or her career at the age of 65. Seeing as greater life expectancy and good health at high age are becoming more and more common, academics are still able to be most productive at that age.

The second question dealt with rewarding entities within departments, for example the HSRC, the CSIR and Iziko Museums, for research outputs. At present, individual researchers from these institutions can receive financing for research from the government, but the institutions themselves cannot. This differs from universities where financial rewards for accredited research outputs make up an important part of the financing model.

In other words, if a staff member from a university publishes an article in an accredited academic journal, the university receives a significant amount from the National Research Foundation (NRF). But if a staff member of the Agricultural Research Council, for example, accomplishes the same feat, the ARC does not receive a single cent.

The Minister indicated that there is no intention to change this. This limits the contributions that these institutions can make in order to establish a knowledge-based economy in South Africa.

While the FF Plus agrees that it is necessary to develop a new generation of academics and scientists, the process will surely benefit from the contributions of those who are older than 65, so do not merely use them as “spare wheels”.

Moreover, universities and other research institutions should enjoy the same benefits for their staff members’ academic outputs.