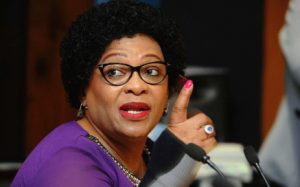 The South African government is abandoning its direct involvement with the set-top box programme, which has already cost taxpayers R10 billion.

Communications Minister Nomvula Mokonyane announced the government’s retraction on Thursday. According to Fin24, the controversial set-top box programme will now adopt a “market/ retail driven approach” as opposed to government procurement processes which have proven costly and ineffective.

Setbacks for the set-top box
The set-top box is a piece of equipment, initially supplied by the government, which allows old analogue television sets to pick up signals from new digital technology.

The switch from analogue TV signal to digital terrestrial television (DTT) is known as the digital migration process and has already led to confusion and allegations of corruption within the South African context.

Millions of households that rely on analogue television signals – those without DStv, M-Net, StarSat or OpenView HD – are in a predicament whereby they’ll be forced to pay for a decoder known as a set-top box (STB).

Mokonyane has, in the past, issued fierce threats to members of the public who still rely on analogue television sets. The controversial minister even threatened to cut the Free State off from television reception, should they not conform to the set-top box programme.

The government’s vehement yet ill-conceived role in the set-top box programme effectively collapsed the digital migration process in South Africa… but, not before fleecing over R10 billion from taxpayers.

Nomvula Mokonyane explains the new approach
While government subsidised STBs are still destined to reach the Free State, Northern Cape, North West and far-flung areas near South Africa’s borders with other countries, Mokonyane explained that the government would be unable to procure and store the sets any longer, saying:

This model adopts a market/retail-driven approach through collaboration and partnerships with the private sector and industry. With this approach, government will no longer be involved in the procurement of set-top boxes, warehousing, transportation and installation of devices.

It is not sustainable for government to be the one that procures and stores.”

Counting the costs
Mokonyane admitted that the government’s involvement in the STB programme had been both a practical and financial failure. Only a few isolated regions in the country had successfully completed the digital migration through government intervention. The majority of the population has managed to migrate through private interventions.

Mokonyane noted that the ill-fated process had cost government billions of rands, saying:

“The work done now, with procurement, installation, awareness etc., comes to R10 billion. We are looking at different models, and moving away from a one size fits all [approach].”

The accelerated intervention aimed at removing government from the entire STB process is expected to cost a further R2 billion.