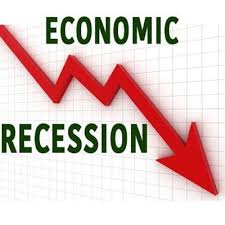 After slipping into a recession at the start of September, Mzansi has made an instant recovery. The country’s GDP has risen by 2.2% in three months.

This is the good news we’ve had to wait months for. After being dumped into the doldrums of a recession back in September, South Africa has rallied after a quarter of positive growth.

GDP Stats: South Africa is officially out of recession
The country’s GDP has improved by 2.2% over the last three months, as recorded by StatsSA. Things are looking a little more positive for Mzansi, but there are still red flags to acknowledge.

The mining industry has taken a huge 8.8% hit over the Autumn, with output decreasing dramatically. When a cornerstone of the economy decreases by this much, it usually means long-term pain is on the horizon. The electricity (-0.9%) and construction (-2.7%) economies also shrunk.

There’s a long road ahead, and the situation can deteriorate just as fast as it can improve. But the recovery in the agricultural section is vital. Down 29% in Q2, the green shoots of recovery appear to be growing as the industry marked a noticeable turnaround, rising by 6.5% in Q3.

But what has helped South Africa launch this impressive comeback? We’re looking at the main facts and figures which were instrumental in this quarterly improvement.

What has lead the GDP recovery?

Behind every successful economy is a strong currency, and the 2.2% rise for our GDP seems to mirror the performance of the rand. After plummeting in September due to recession fears, ZAR has strengthened on the back of key economical developments.

With the interest rate going up 0.25% last month, it helped the currency shore up and take advantage against big international markets such as the dollar and the pound.

Agriculture revived
We’ve touched on this earlier, but it really is one of the most influential factors on the performance of the SA economy. It’s shocking, near-30% decline between July – September was mainly responsible for the unexpected slip into the red.

It’s 6.5% growth was driven by an increase in field crops, and a spike in the amount of horticultural and animal products that have been purchased. However, this is another example of SA not being out of the woods just yet. The industry is R6 billion worse off than it was 12 months ago.

External and internal investment
President Cyril Ramaphosa began his global investment drive just as Q2 was ending. So the billions of rands he manage to secure from foreign donors has only come into effect from August onwards.

With additional deals struck with the Gulf States and China, Ramaphosa has been able to raise the stakes in secure business deals. However, the president didn’t rest on his laurels with his friends from overseas. The introduction of a R400 million stimulus package seems to have done the trick, too.

Manufacturing rallies
It’s been a bit of an inconsistent year for the manufacturing industry. Production has been down and demand has slowed. Well, that’s until the third quarter came along. Manufacturing is the most-improved industry of the lot, reaching a 7.5% increase at the start of December.

Despite the challenges, manufacturing is R14 billion better off than it was 12 months ago: And it’s due to the strengthened performance of the iron and steel industry, as well as positive developments regarding petroleum, wood and motor vehicles.