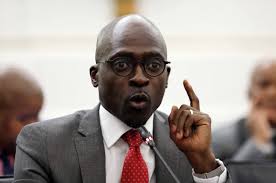 Fears of the white minority and just talking about the expropriation of land without seeking to implement it will not help further South Africa’s liberation.

This is according to national executive committee member of the ANC and minister of home affairs, Malusi Gigaba.

He made the comments in Germiston, Ekurhuleni on Friday evening at an event hosted by the ANC in the region, focused on professionals, academics and business.

Gigaba said the contentious land issue had to be resolved “decisively” and “swiftly”.

“The expropriation programme has to be planned but it cannot be planned forever to a point where it becomes mere pontification,” said Gigaba.

South Africans have spent a better part of the year engaged in fierce debates over this issue, following a successful motion by the EFF in Parliament, which had the ANC’s backing to expropriate land without compensation.

National assembly also sent out a joint committee around the country to hear from citizens on whether they felt there was a need to amend the Constitution.

The ANC – which initially sought to figure out if it was necessary to amend the Constitution – announced in July that it would support the amendment of the Constitution to allow for the expropriation of land without compensation.

The governing party is also not in agreement with the EFF’s view that all land should belong to the state.

“There is no compact between the oppressor and the oppressed, that the oppressor will oppress me in my own interests and one day when I stand up for my freedom, that freedom [can] be achieved [as long as] it doesn’t threaten you. There is no such a compact,” said Gigaba.

Addressing some of the fears that have been expressed by some in the country, Gigaba said the fear among white people in South Africa was “born out of their own racism”, which the majority should take no part in.

“We must not share in this fear because, when I fight for my freedom, I want my freedom and all of it, your fear, is yours,” he said.

Looking at the rise of Afrikaners in South Africa, Gigaba said they sought to build economic empowerment programmes before taking over the country, while the black majority, under the stewardship of the ANC, only took power politically in the lead-up to the breakthrough democratic elections in 1994.

In reflecting on the rise of Afrikaner nationalism, Gigaba told guests at the event that Afrikaners were able to invest in themselves, establish their own media houses and, although there were differences of opinion when it came to politics, a single vision was communicated to children throughout the Afrikaner community when it came to its economic and cultural agenda.