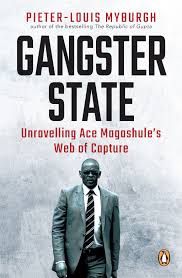 On Tuesday evening, the launch of Gangster State – held at Exclusive Books in Sandton City – was violently disrupted by protesters.

Protesters who disrupted the launch of the controversial book, Gangster State, will face criminal charges brought by the Democratic Alliance (DA).

On Tuesday evening, the launch of Gangster State – held at Exclusive Books in Sandton City – was violently disrupted by protesters. A group of loyal Magashule supporters forced their way into the bookstore and proceeded to tear apart copies of the Myburgh’s paperback. While security struggled to contain the chaos, attendees were allegedly threatened and intimidated.

In the wake of the protest action, ANC chief whip, Jackson Mthembu, issued a statement condemning the actions of those who disrupted proceedings and destroyed books, saying:

“I will be mobilizing ANC NWC to urgently bring those involved in the disruption of the #GangsterState #AceMagashule book launch before a disciplinary committee. Those thugs have brought the ANC name into disrepute. They have trashed our hard worn [sic] democracy.” 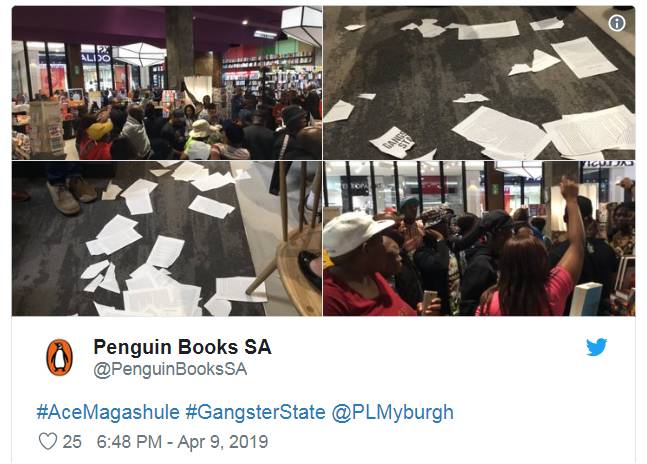 The DA has taken their disdain one step further by laying criminal charges against two ANC ward Councillors they identified taking part in the fracas. The DA says the councillors which will face legal action are Ward 19 Councillor, Alexis Mare, and Ward 6 Councillor, Mahadi Nkheloane.

In a statement, issued by Patricia Kopane, DA Free State Premier Candidate, the Councillors in question are accused of contravening the Municipal System Act. Kopane explained:

“According to the Act, Councillors are expected to perform their duties in good faith (or with a desire to act fairly towards others), honestly, transparently and in the best interests of the municipality.”

The DA stated that, furthermore, acts of thuggery and intimidation related to the allegations made in Gangster State show that the ANC, and Magashule, have something to hide.

Magashule has also distanced himself from Tuesday’s protests action. On Wednesday, the Secretary-General issued a statement, saying:

“Those purporting to be ANC members and supporters disrupting book launches, [threatening to] burn books and intimidate authors and journalists, in my name or to be revolutionary, should desist.”