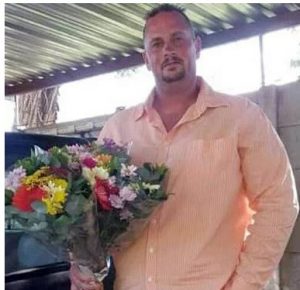 JB Strydom was shot dead in the parking lot of the Menlyn Maine shopping center on Monday.

Strydom, 44, who had been running a towage business in Kempton Park for several years, was only on a short visit to South Africa after recently immigrating to Britain. He was shot in the chest in the parking lot of the Menlyn Maine shopping mall when he allegedly tried to help a friend.

According to information received, Strydom was at the center to meet a friend. An exchange of words broke out between this friend and another man who eventually shot Strydom.

Cedric Martel, owner of Le Martel Security, who was at the center for a meeting, said he also heard the fight at the far end of the parking lot.

According to Network 24, there were two anonymous eyewitnesses who saw the man shot by a “man with dark hair and a long ponytail”. Both also saw the fight but couldn’t figure out what it was about.

A security guard, who was on duty in the parking lot, told how they were approaching to help Strydom.

He was loaded into a Fidelity security bakkie so that they could transport him to hospital, but died before the bakkie could drive out of the parking lot.

Martel said the shooter tried to leave the parking lot but was stopped by other security guards.

“The man himself handed his firearm to the police when they arrived and was taken away by the police,” says Martel.

According to the preliminary police investigation, Strydom was at the center with two other men when the fighting took place.

Brig. Provincial police spokesman Mathapelo Peters said the suspect walked to his vehicle during the altercation, after which he allegedly returned to the group with a firearm and shot the man who was trying to defuse the situation.

Peters confirmed that the firearm was seized.

The suspect is expected to appear in the Pretoria Magistrate’s Court on a murder charge this week.

Strydom is survived by two sisters, a brother, his wife and three children.