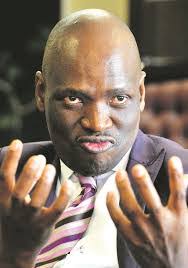 Mzanele Manyi, former ANC spokesman and owner of ANN7 lock channel, reportedly announced his breakaway from the ANC on Wednesday and will soon announce where his political home would be.

According to Motsoeneng, he wants to become president of the country and force the president, Cyril Ramaphosa out of his office to become the new president with the upcoming elections.