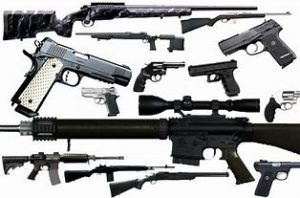 Just like a pencil cannot make spelling mistakes of its own accord, a firearm cannot kill of its own accord. In addition, recent parliamentary questions that the FF Plus addressed to the Minister of Police seem to reveal that the police service is to blame for the majority of the illegal firearms and ammunition in the country.

With that in mind, the following question should be asked: What is the purpose of the proposed amnesty period for handing in firearms? According to the government, the purpose is to confiscate illegal firearms so as to combat crime in South Africa.

However, in response to a parliamentary question that the FF Plus posed the Minister a few months ago, he said that approximately 10 million rounds of ammunition were either stolen from or lost by the police service itself over the last six financial years. The police service also lost 4 357 firearms in the same period of time.

It is, thus, clear that the police service itself is the biggest distributor of illegal firearms and ammunition in the country.

A parliamentary question to the Minister of Police about these so-called ‘illegal firearms’ revealed that the firearms were considered illegal predominantly due to technical reasons.

A firearm must undergo ballistic tests to prove that it has been used to commit a crime and the Minister’s answer was that not one of the so-called illegal firearms were linked to any crimes by means of ballistic testing.

For these reasons, the FF Plus does not support the amnesty period nor the report. The report is erroneous in any case, because the FF Plus objected to it in the parliamentary Portfolio Committee, but the party’s objection is not reflected in the report that was presented to Parliament.

The amnesty targets owners who did not apply for the renewal of their firearm licences in time and in the Portfolio Committee, the FF Plus specifically asked the Minister to take that into account.

Saying that the purpose of the amnesty period is to combat crime is a lie. To really combat crime, the police service must set the right example by ensuring that its own firearms and ammunition are kept in a safe and proper manner.