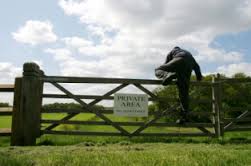 Sixteen farm owners have so far applied for interdicts to stop the Black First Land First (BLF) from occupying farmland of which five have been granted within a week in two separate matters.

The order interdicts and restrains the BLF from erecting or attempting to erect any form of structure on the properties; occupying the property; or unlawfully demonstrating at or within 200m from the property or uttering threats of invasion.

The properties were purchased for around R71million.

In terms of the order the SA Police Services assisted by law enforcement agencies, as required, are also authorized and directed to take steps to prevent an unlawful deprivation of rights to property arising from any invasion or occupation.

In court papers, Evangelosgeorges Kolovos said: “A notification of one of the properties, Antikes, was delivered on about March 2, 2019, by members of BLF. I furthermore respectfully point out that notifications were received on all the farms surrounding the properties.

“As a consequence thereof, applications were brought to this court by those landlords for interdictory relief.

“In addition, several Stellenbosch properties were occupied during last year on which 4000 dwellers now live. Having regard for this, there is a very real possibility that BLF will be successful in their attempt to unlawfully occupy the properties should the relief sought in this application not be granted.”

Last week a similar order was granted in favor of D’Aria Vineyards in Durbanville, also prohibiting BLF from illegally entering or erecting structures on the farm.

In March, a total of 10 farmers, the majority of whom are wine farm owners, also approached the court for an interdict against the BLF.

According to the 100-page court document submitted in this regard, the farm owners argue that BLF participated in unlawful acts in March 2019 which included harassment, threats, and incitement to engage in unlawful conduct against farmers.

BLF president Andile Mngxitama said: “We are tired of entertaining the wet dreams of land thieves. We advise the court to follow suit. Is the court a pophuis (dollhouse)?”