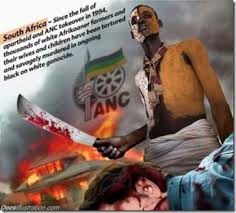 Four men detained and severely assaulted three residents of the Hekpoort area in Gauteng over the weekend. They were burnt with an iron and boiling water was poured over them.

According to Constable Gloria Maswanganye, police spokesman, a man and his girlfriend and her brother was brutally attacked on Friday night in their farmhouse. The man and his girlfriend woke up from dogs barking. Four men then entered their room and threatened them with knives and firearms. They demanded money and the safe keys.

Network 24 reports that the man allegedly told the attackers he did not have a safe or cash, after which he was assaulted with a wrench. After this, the man was tied up with his girlfriend and his brother while the robbers searched the house. The robbers fled with cash, two firearms, jewelry, cell phones and electronic goods.

Family members of the three declined to comment on Sunday, saying the matter is currently being investigated by police and things are very sensitive at this stage.

Maswanganye warns that the suspects should not be approached because they are considered extremely dangerous.